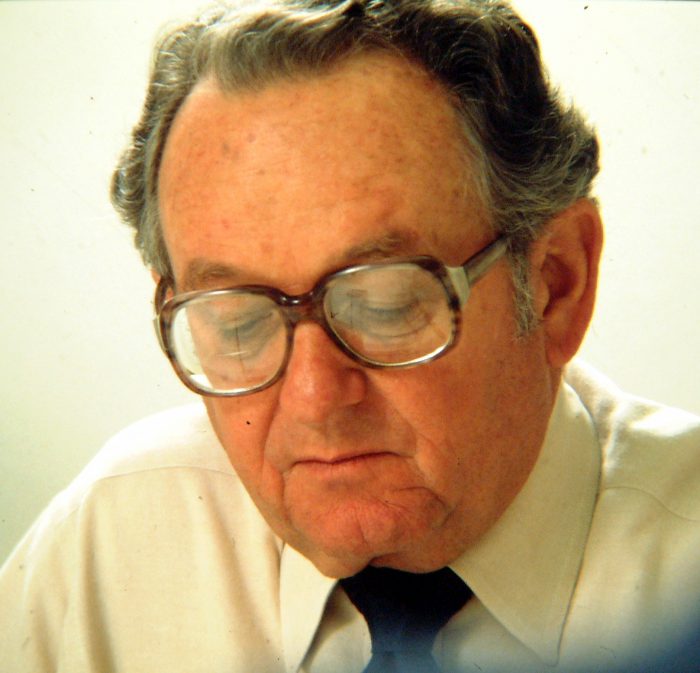 The architectural community and TFA mourn the loss of David Murray, who passed away February 17 at the age of 96. Murray was principal of Murray-Jones-Murray Architects, a firm well known to fans of modernism and responsible for some of Oklahoma’s most notable buildings.

Dave was a native Tulsan and enthusiastic supporter of the Tulsa Foundation for Architecture. The collective works of Murray-Jones-Murray is one of the most treasured collections in the TFA archive.
David George Murray was a graduate of the Oklahoma A&M (now Oklahoma State University) School of Architecture. He is in the OSU Engineering Hall of Fame, a Fellow of the American Institute of Architects and a founding member of the Eastern Oklahoma chapter of the AIA. During World War Two he joined the Army Engineers Corp, later jumped out of airplanes, then trained to fly the P-51 Mustang.

After the war he worked for the firm of A.M. Atkinson. After Mr. Atkinson’s retirement he took over the firm and named it David G. Murray & Associates. In 1953 he designed one of Oklahoma’s first air-conditioned churches, the Church of the Madalene, and was especially proud of it. Soon his younger brother Lee joined the firm. Then Robert Lawton Jones came on board in the mid-1950s and the Murray-Jones-Murray team was assembled. The firm was instrumental in the Civic Center project, working with Edward Durrell Stone on the Assembly Center. MJM would later bring us buildings like the Tulsa International Airport terminal, Bishop Kelley High School, Saints Peter & Paul and the First Place Tower.

Services for David George Murray will be held at Ninde Brookside on Saturday, February 21, 2015 at 2:00 pm.

The video below was produced for the 50th anniversary of the AIA Eastern Oklahoma and included an interview with Dave and other notable Tulsa architects.