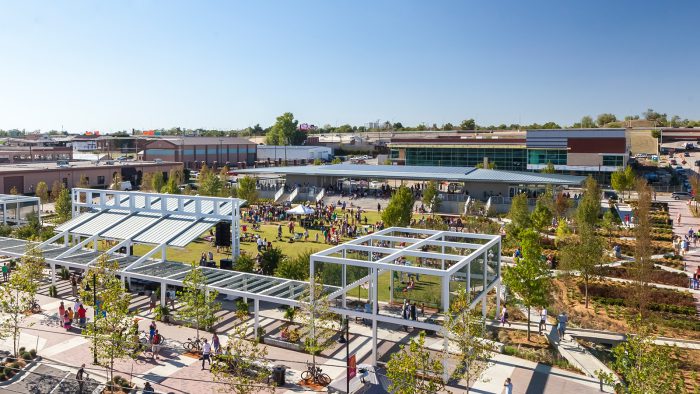 If you’ve been anywhere near downtown Tulsa lately you’ve probably seen the Guthrie Green in the Brady Arts District. The truck-dock-turned-park has become an urban gathering place Tulsans can truly be proud of. And even prouder now!

World Architecture News announced Guthrie Green and SWA Group as the winner of their coveted WAN Urban Design Award for 2013. The hotly contested category is considered one of the hardest to judge due to the wide variety and scope of the projects. But from more than 50 entries our multipurpose community space on Brady stood out.

Named for the nearby Woody Guthrie Center, the park features geothermal wells, a bocce court, interactive fountains and an on-site eatery. Juror Richard Brown called it “a strong seed from which to grow.”