As I mentioned in the previous post, one other Tulsa residence, the Jones House, was featured in Arts & Architecture. Robert Lawton Jones designed the house, which was featured in the July 1960 issue of A & A, as his personal residence in 1959. Jones was the ‘Jones’ in the Tulsa architectural firm Murray Jones Murray that designed many of Tulsa’s iconic mid-century buildings such as the Tulsa International Airport, the Civic Center (as well as the unbuilt Civic Center), Central Park Apartments (7th & Frisco), First Place Tower, and were the associate architects on the Edward Durrell Stone-designed Assembly Center (convention center). 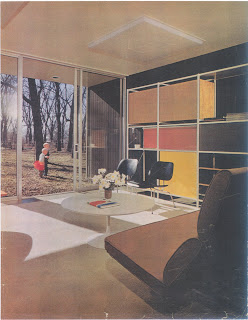 In addition to being featured in A & A, the German publications of Bauen + Wohnen (Jan. 1961) and Schoner Wohnen (Sept. 1963) also featured the 2800 square foot house. According to the Tulsa Preservation Commission, the Jones House was the first International Style residence built in Oklahoma (anyone know of the second?), which makes sense because Jones studied under Mies van der Rohe while attending graduate school at the Illinois Institute of Technology. The TPC also states that other than Goff’s Bavinger House, the Jones House is the most recognized Oklahoma residence built in the last 50 years. Personally, I much prefer the Jones House. The house’s listing in the National Register of Historic Places confirms the house’s importance in a few ways. First, the house’s listing is not part of a historic district, but is individually listed. Secondly, the house was listed in 2001 when it was only 42 years old. This is significant because generally, properties less than 50 years are not considered eligible for listing in the register. There are a few exceptions, one of them being, “a property achieving significance within the past 50 years if it is of exceptional importance” (from the SHPO’s NR criteria). So there you have it, the Jones House is of exceptional importance. Here are some of the scanned pages from the various magazines. 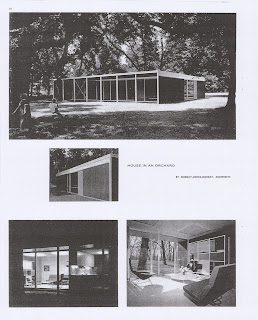 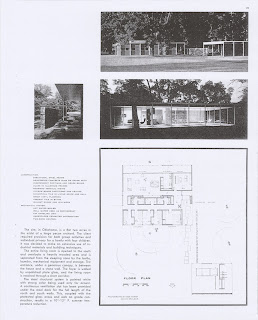 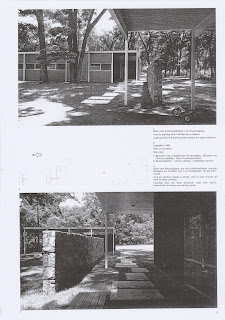 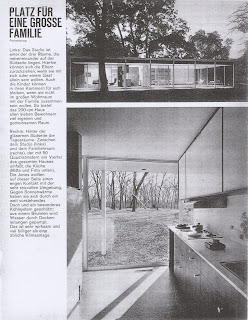