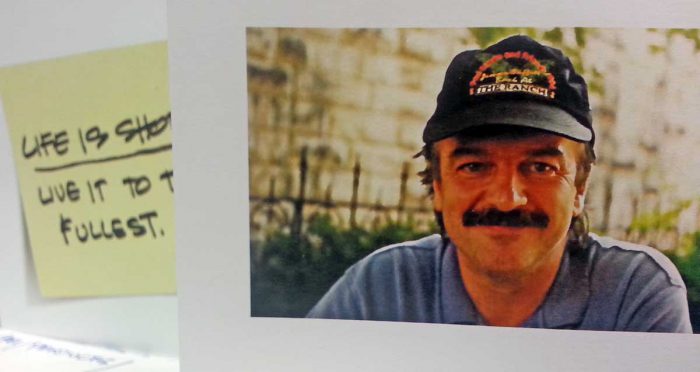 A leader in historic preservation and a highly respected architect for nearly four decades in Tulsa, Herb Fritz, AIA, was a co-founder of the Tulsa Foundation for Architecture and its first president.

Herb passed away on September 7, 2014 at age 64, but left a legacy of community service and work that will outlive generations to come.
Born in Germany, Herb spent his early years in Queens, New York before coming to Oklahoma on a scholarship to earn degrees at Oklahoma State University in Architecture and Sociology. He worked with two prestigious architecture firms in Chicago before joining Murray Jones Murray (architects) in Tulsa in 1977. In 1984 he formed his own Tulsa firm, Fritz Baily P.C., with Ted Baily. The company has made its home in Tulsa’s historic Knights of Columbus Building since 1999.

Among the numerous projects Herb undertook are the extensively updated Tulsa International Airport, the Tulsa Historical Society (Travis Mansion), the Family & Children’s Services building, and renovations to Tulsa’s Art Deco treasures Will Rogers High School and the Tulsa Fire Alarm Building. His impassioned work in historic preservation — on Tulsa’s Preservation Commission and as part of the National Trust for Historic Preservation — earned him the Preservation Oklahoma Award in 2008.
[slideshow_deploy id=’1611’]

Herb founded the Tulsa Foundation for Architecture (TFA) with Elaine Bergman in 1995 and remained an active board leader until shortly before his death. It was his idea to purchase the publishing rights for the 1980 Junior League-initiated “Tulsa Art Deco” book, and then revise and republish the book as a fundraising mechanism for TFA. Through TFA he worked to save the historic Meadow Gold neon sign and relocate it on 11th Street. His association with the National Trust for Historic Preservation led to its 2008 national conference being held in Tulsa. Recently Herb was a member of the Mayor’s Committee for the Arkansas River Infrastructure Task Force.

Included in Herb’s expansive resume of work on large-scale international commissions and local historic restoration projects are medical facilities, museums, office buildings, parks and a multitude of municipal projects. The Spiro Mounds Archaeological Museum, the Tulsa Zoo and Living Museum, the Schusterman-Benson Libray, the EMSA Fleet Maintenance and Administrative Center and the Tulsa Fire Safety Training Center are additional examples of his broad scope of work.

Former TFA, Lee Anne Ziegler, told the Tulsa World that Herb had been promoting downtown revitalization for decades when few others were. “It will be hard to look at [downtown] and not think of Herb. The built environment is much better because of him,” she said. Family & Children Services CEO, Gail Lapidus said of Herb, “He uniquely guided the architectural process, knowing that buildings can be much more than just bricks and mortar, but healing spaces that evoke good feeling and inspire hope. Thousands of Tulsans who have walked through the doors of Family & Children’s Services seeking help have been positively impacted by Herb’s talent for thoughtful, purposeful and therapeutic design.”

The Tulsa Foundation for Architecture will miss this inspiring architect, dedicated public servant, leader and friend.