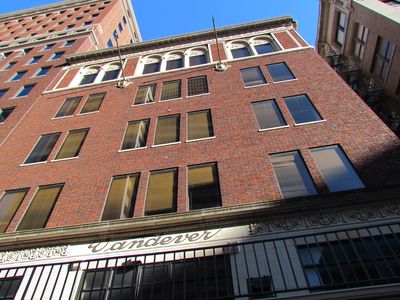 The Vandever building, built in 1924 is best known for housing Vandevers Dry Goods Company, owned and operated by businessman W.A. Vandever. The Vandevers became a household name not only in Tulsa business but the Tulsa community. The Vandevers were credited with donating large sums to bring railroads to the city, the Tulsa State Fair, the first International Oil Exposition, opening Miss Jackson’s and providing continuous employment for many Tulsa women throughout the Great Depression. If it was happening in Tulsa, the Vandevers were part of it.

Vandevers Dry Goods Company grew so large that it managed 129,000 square feet of retail space in downtown Tulsa, a store in Bartlesville and eventually moved South to open stores in Utica Square and Southroads Mall becoming one of the most prominent stores and families in Tulsa history. However, after many successful years providing a large array of consumer goods to Tulsa’s wealthy Oil entrepreneurs and expanding alongside Tulsa’s suburban growth through the 30’s, 40’s, 50’s & 60’s, W.A. Vandever sold his stores in 1970. 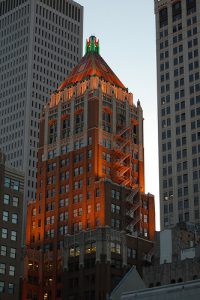 The Philtower building, completed in 1928 has played host to many of Tulsa’s most wealthy and powerful oil and gas industry’s leaders while being one of our most notable architectural treasures.

The Philtower was commissioned by oil tycoon and philanthropist, Waite Phillips after being inspired by the Renaissance Italian Villas and French Art Deco movement during his travels through Europe. Upon returning to Tulsa, he partnered with architect Edward Buehler Delk to build Villa Philbrook (now Philbrook Museum), Villa Philmonte (his 300,000 acre ranch in Northeast New Mexico) and the Philtower.

Upon completion, the Philtower instantly became a symbol of our booming economy and wealth in Tulsa at the time. When commissioned, it’s location was considered to be a link between the Union Train Station being proposed and the Boston Avenue Methodist Church that anchored the South of Boston in what was considered the architectural corridor.

In 2004 Philtower LLC, converted floors 12-20 into luxury residences with breathtaking, bird’s eye views of downtown Tulsa. The building’s main lobby is adorned with Late Gothic Revival styles with Art Deco embellishments with 20 foot ceilings, brass elevator doors embossed with the W.P. seal that pop under the lighting from unique chandeliers and travertine marble and mahogany accents. 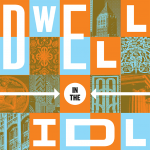 Passports are required to access tour stops and are $20 per person (children under 12 are free if accompanied by a paying adult).

Purchase online by clicking here to buy now or the day of the event at Dwelling Spaces.

Please also be sure to join our Facebook event page for more details by clicking here.