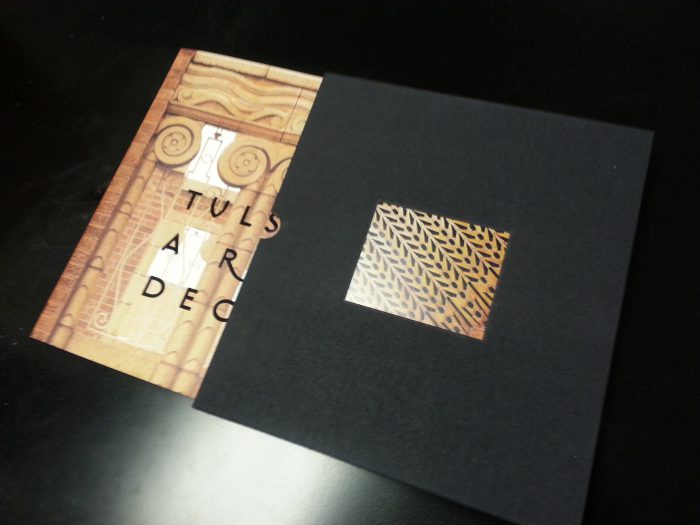 Tulsa Art Deco: at TFA they refer to it simply as “The Book.”

For more than thirty years this richly illustrated reference has been the go-to guide on Tulsa’s architectural treasures. It introduced a generation of Tulsans to the nuances of Zig Zag and Streamline, and today adorns coffee tables and bookshelves around the world. But for almost 20 years this book was out of print, and very nearly disappeared altogether.

Tulsa Art Deco was originally published in 1980 by the Junior League of Tulsa. David Halpern photographed the buildings for the book in 1979- some of which are no longer standing. By the mid Eighties that first edition printing had sold out, and there were no plans to reprint. Halpern had an agreement with the Junior League that allowed him to retain the rights to the book should it go out of print. So eventually he began looking for someone to publish a second edition. 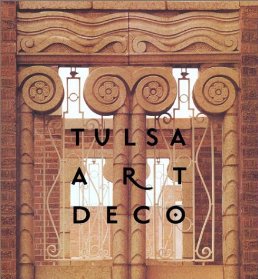 It took years, but thanks to George Kravis and the Tulsa Foundation for Architecture, the book gained a second chance. But rather than just republish the book it was revised. The original text by Carol Newton-Gambino, the reference map and David Gebhard’s introduction were all retained. A foreward was added by former TFA Executive Director and honorary AIA member, Elaine Bergman. Halpern himself digitally enhanced most of the photographs- a cutting edge process at the time!

Eventually the revised edition was unveiled in 2001. New historical images are now included. Carol Haralson refreshed the graphic design to enhance the presentation of Halpern’s newly color-balanced photography. The 204-page book is a must-have for any lover of Tulsa, Art Deco or just architecture in general.

Copies of Tulsa Art Deco are available from the TFA Bookstore or Amazon.com. To purchase special editions in a cloth slipcase or limited edition signed & numbered copies contact TFA directly.